Croatia has been a popular camping destination for decades, but in early days everything was a bit adventurous, especially for those visiting campsites in the southern regions.

Nowadays, Croatia is a modern camping destinations with almost 2 million camping tourist yearly, the larger campsites have been continuously updated to meet the demands and expectation of a “modern camper”. In total Croatia has more than 200 campsites along the Adriatic coast and on the islands.

In the region of Kvarner, the majority of campsites can be found on the islands of Krk, Cres, Rab and Losinj, but also along the northern coast of Kvarner bay there is quite a few, mainly smaller campsites. A list of more than 50 campsites in Kvarner can be found here.

In Dalmatia, there are lots of campsites, especially smaller; most of them are situated along the Dalmatian coastal line, but there are also some campsites on the islands, Pasman, Ugljan, Hvar, Brac and Korcula. A list with almost 100 campsites in Dalmatia can be found here. 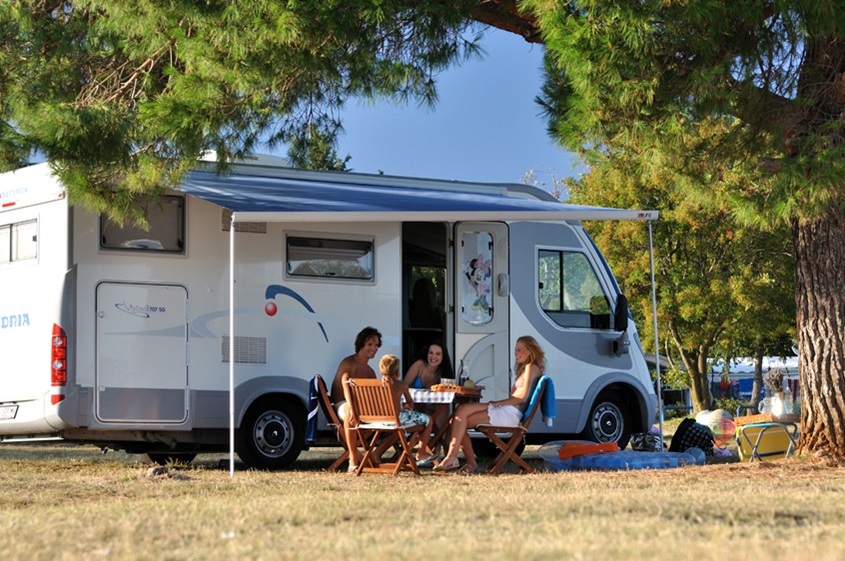 In Croatia you can find the following types of campsites:

Naturist camping – in Croatia there are about 10 naturist campsites; the majority of them are situated in Istria.

Nature campsites – along the coast and especially on the island there is still a large number of campsites which are run in a traditional camping style without a bunch of facilities.

Mini campsites is the most common type of campsites. In most cases the mini camps are family run campsites with space for less than 100 campers.

Prices of camping in Croatia

The average camping price in Croatia is slightly less then those in Italy and more or less equal to the European average prices as calculated by German car magazine ADAC.

However, prices in Croatia are at the same level as in other Mediterranean countries, or even cheaper if you book in a low season. The average daily camping cost is between 20€ and 60€.

Camping in Croatia has its price

The pricing for camping in Croatia depends on different factors, such as position of the site, distance from the sea, facilities in the complex, whether you book a spacious resort or a small campsite, etc. Weigh it off carefully and choose a campsite that ensures a stay according to your interests!

Good to know about camping in Croatia

Camping in the wild, on the beach or next to the road is not allowed and a fine will be issued if the authorities catch you doing so.