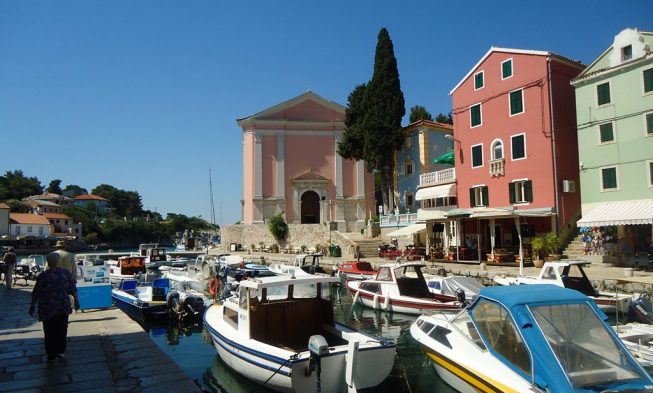 The island of Losinj is part of the Cres-Losinj archipelago which includes islands of Losinj, Unije, Ilovik, Susak, Vele Srakane, Male Srakane and 30 smaller islands, islets and rocks. In the past, the islands Cres and Losinj were one island.

At Osor the canal was dug in order to shorten the path to the open sea. Mali Losinj is the largest city on the Adriatic islands and is recognized worldwide as a tourist destination. Besides, it is known for health tourism. Due to its miraculous climate, Austria-Hungary declared Losinj a health resort. Losinj Island is divided into two parts in the area Privlaka where a canal was dug.

Arrival to Losinj by car and ferry

On the island there are two drawbridges that open twice a day for passage of vessels:

In the season when a lot of ships have to pass through the canal, waiting can last for an hour. So if you’re in a hurry for the ferry, make sure that you cross the bridge before it is closed for traffic.

There is also a ferry service between Zadar and Losinj and a detailed timetable can be checked here:

Arrival to Losinj by bus

There are several bus lines connecting Zagreb and Rijeka with Losinj and during the season the number of bus lines increases. A detailed schedule can be checked on www.buscroatia.com

Rijeka has very good bus connections with both Croatia and the surrounding countries. Travel to Losinj is possible from different starting points with the transfer in Rijeka.