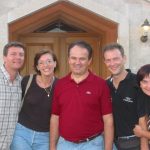 The Franciscan parish of St. James, in the village of Medjugorje, Bosnia and Herzegovina, became known in Herzegovina and the world because of six young people who claim to have seen visions of Our Lady. One of the nearby hills, called Crnica, has another hill attached to it, called Podbrdo (“sub” or “under hill”), and the village of Bijakovici is at the base of this hill. Podbrdo is the locale of the apparitions that are alleged to have started on June 24, 1981. Another hill, on the other side of Crnica, was called Sipovac until 1933, when the parishioners built a large cross on it to mark and honor 1,900 years since the death of the Lord. The name of the hill was then changed to Krizevac (“Cross Mountain”). 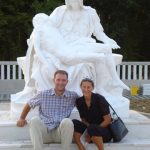 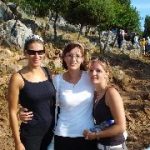 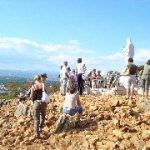 Since then, people from the parish and from the surrounding areas have gathered there every year on the first Sunday after the feast of the Birth of Mary to celebrate the Exaltation of the Cross. The Franciscans, who came to the area in the fourteenth century as missionaries, preserved the Catholic Faith in Bosnia and Herzegovina, and the Holy See gave them the responsibility of being in this very difficult region under Turkish-Muslim rule from 1478 to 1878.

It was a time of many tough trials and much suffering. Hard work in this small, dry land – in its vineyards and tobacco fields – constant struggle in good times and bad -has taught the villagers persistence in their ways and their goals. Unfounded optimism has never carried them away, nor has pessimism impaired their zeal for life. Emerging from this varied and rather hidden history, Medjugorje has become a destination for hundreds of thousands of pilgrims from all over the world. In this part of Bosnia and Hercegovina (Hercegovina) mostly lives (Christians) Croatian inhabitants. 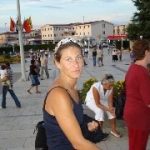 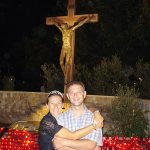 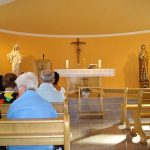 Me and my family visit that place so many times and every time we coming back home with some new experience. During the years I saw “sunshine game“, I attended at apparitions and I meet visionaries Ivan Dragičević and Ivanka Ivanković .They are so dear and nice people with families. Ivan married with Loreen Murphy 1994 in Boston, MA USA. They have three children. He still receives daily apparitions. Our lady has asked him to pray especially for priests and the youth. Ivanka was first who saw Our Lady on June 24, 1981.

Our Lady confessed to Ivanka the 10th secret and told her that she would have an apparition once a year on the anniversary of the apparitions. Ivanka live in small part of Medjugorje with family. If you going to Medugorje like tourist you will be relaxed with peace which is everywhere, but if you are going like worshippers your experienced will be much more. From Split to Medjugorje you have two –three hours with car or around four hours with bus.For further information or any help regarding travel there just contact me.

About Christmas in Croatia now and before
religion, trips