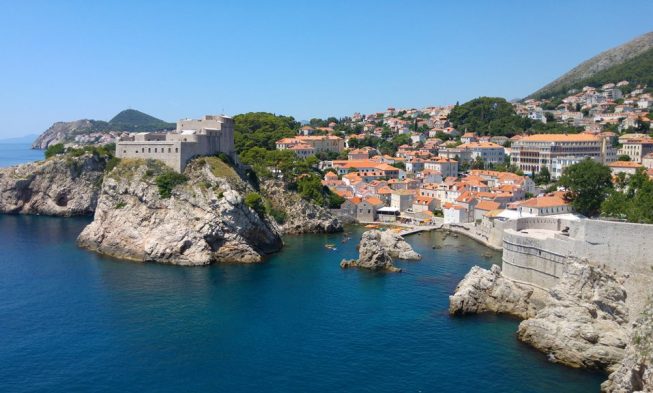 Historically Dubrovnik has always been very special, as the city was a republic it had a very interesting political system, the major / governor was elected for a period of only one month, this was done to avoid corruption and keep focus on working in the interest of the republic. – I am sure a few citizens around the world could benefit from a similar system in their country.

Before the Balkan war Dubrovnik was the absolute top destination in Croatia, and the war, where large parts of the Old Town were damaged, was of course a major setback for the city, but meanwhile the city has regained its position as one of the major tourist spots in Croatia. The old town of Dubrovnik has been completely rebuild, only visible evidence left from the Balkan war is the many new red roof tops in the Old Town. When we go to Dubrovnik we normally take the coastal road from Split, which takes about 4 to 4.5 hours by car, the trip offers a magnificent view on the coast and the Dalmatian islands. If you follow the coastal road you will have to pass through Bosnia and Herzegovina about 60 km north of Dubrovnik, so please remember the following:

Alternative to going by car (or bus) is taking the coastal ferry line, which goes from Split, via Hvar and Korcula to Dubrovnik; we tried this once and can absolutely recommend it, although the trip takes around 9 hours.

Here is a fee tips which might be useful for a trip to Dubrovnik:
1. Parking

This is how you find the the cheap parking space:

2. What to see or do while you are in Dubrovnik?

3. Prices and other useful stuff

Hope these few tips will be helpful on your trip, and I of course would be delighted of any feedback, which could be helpful for other travellers.