Split is the biggest Croatian town at the Adriatic coast. Thanks to high mountains, this area is protected from impact of continental climate. Main attrition of the city is the old heart of Split, where you find Diocletian’s Palace, It derives between 295-305 ages. Diocletian’s really name was Gaius Auerlius Valerius Diocletianus. 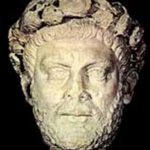 He was born in poor family and he start in the roman army as a common soldier and end up being head of the roman empire. During domination he led wars against Persians and Germans, as an emperor he chased the Christians. His most known victim was Bishop Saint Duje (he is the patron saint of Split).

Saint Duje was tortured and murdered in the year 304 in city’s amphitheatre. Cathedral of Saint Duje and Peristil in front of it are very valuable to see. From them, many authentic streets are leading you to beautiful stone houses and restaurants with Dalmatian food. 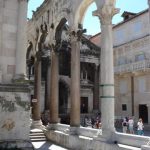 Trough out the centuries, Split has celebrated his memorial day which is 7.of May (day of town Split). That day in Split is big liturgy celebration, as all others celebrations in town, it takes place at the Riva, which is has been the heart of the town for centuries. Architectural historians consider it one of the best preserved late Roman villas. From the 1979 Diocletian Palace is on the UNESCO World Heritage list.