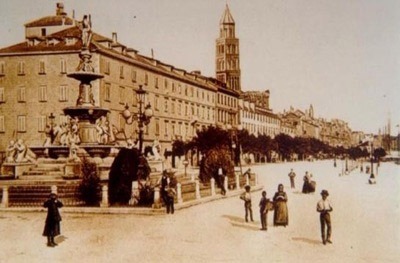 Beaumont is the name which is sleeping in the heart of every person from Split. 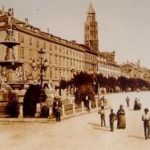 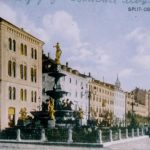 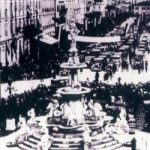 Those who remember Split from some other, nicer and happier times also knows story about Beaumont and his fountain. On the other side almost sixty years ago from the occurrence of white lady from Split called Riva, main promenade. Some old people remember her very good, but we younger, we knew her from popular of  TV show “Velo misto”. 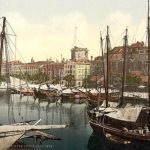 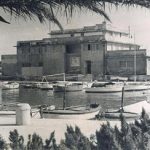 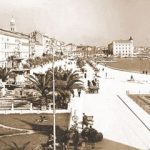 In that time 1860 Antonio Bajamonti was mayor in Split. His most famous work was construction of the big fountain which was named after him. Three months later after putting fountain in use Dr. Beaumont died. The fountain was destroyed in 1947 by communists who have declared fountain as a symbol of fascism domination. However the fountain was very decorative component of Riva where many people come to take a photo. It was one of the biggest and the most representative fountain on the whole coast. 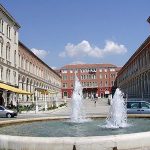 Today urban planners didn’t think so much about tradition and about Diocletian palace, most proberly we will like it in the long term, but for now the general perception is that the Riva is to modern, which does not fit to the 1700 years old Diocletian palace.

They put 34 very massive and gruff light carriers, but that is not only mistake made on Riva, also the flowers doesn’t match in Mediterranean culture, but most important the cafe bars which has long tradition on Riva are not anymore having there tables outside and the once who has, was forced to buy some very expensive modern stile once, which does not fit into the ambient of old Roman palace. So the general feeling among Split citizens is that somebody did bad homework. 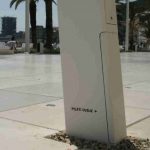 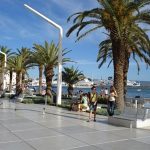 Hiking at the Mosor mountains close to Split
history, Split